Claiming Our Power in the Fight Against AIDS 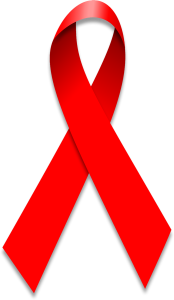 I sat before the room dumbfounded.   Surrounding me were brilliant, beautiful,driven, and successful young women.  Each high achievers in their own right.  Each on the verge of certain success.  Yet, these young women who had originally come to my office to discuss transversing that critical, but sometimes scary path of transitioning from undergraduate education to the rest of their lives, had seemingly only one thing at the top of their minds, “Will I ever find love?”

Certainly finding life satisfaction in both the personal and the professional is not unworthy of attention.  Yet, their fixation on the issue struck me in terms of its intensity.  These brilliant young women, who had each excelled in some of the top universities in the nation were discussing the merits of failing to pursue their greatest professional ambitions and educational potential, for fear that reaching those goals would hamper their chances at finding a lifelong partner.  How sad, I thought.   If these young women were willing to stunt their destiny and mute their dreams for a love yet unseen, what else would they be willing to do in order to get and hold on to a man?

As we recognize another National Women and Girls HIV/AIDS Awareness Day, this time on the precipice of the thirty year mark in our battle against the disease, I have to wonder, how many women are literally dying for love?  How many women are making those compromises that could put them in danger of contracting the virus that causes AIDS?  How many women are loving the illusion of love, rather than loving their own lives enough to take those steps necessary to protect it?

Black women, I know for sure, love hard.  We are fiercely loyal and at times, far too forgiving.  Even beyond the overly-hyped, largely male-driven “Black women, here’s why you’re alone” multi-million dollar industry, we know the odds are against us.  We don’t need a statistician to tell us that there are more of us than there are Black men.  Yet, we love our men so much, we often fail to consider the advances of others.  As a result, we live our lives at a numeric disadvantage, all the while maintaining the all too human need for companionship.  Given this reality, is it really that surprising that Black women are by and large America’s female face of AIDS?   Probably not.  Yet the degree of the disparity remains a startling reality.

Years after Vice-Presidential Candidates, Dick Cheney and John Edwards displayed a startling level of ignorance when each admitted that they were unaware of the degree to which HIV was devastating Black women in America, the nation has made little progress in turning those dismal statistics around.  Still, Black women make up roughly two-thirds of all new AIDS cases among women in America—this despite the fact that we account for only 12% of the nation’s female population.  Still, Black women are especially likely to die of the disease in our prime child-bearing years.  And still, we are most likely to have acquired the disease through heterosexual contact rather than through other possible forms of transmission such as intravenous drug use.  The disease, in short, has become stubbornly entrenched and strikingly prevalent, so much so that today it is estimated that 1 in every 30 Black women will acquire HIV at some point in her lifetime.

This need not be so.

Black women must begin to love ourselves enough to save ourselves.  The power to turn back the rising tide of HIV is in our hands.  But to assert that power, we must recognize the undeniable fact that no man who truly loves us would be unwilling to do that which would protect us.

So on this day of awareness, I implore, “Love yourselves, Sistahs!”

Your life is worth it. 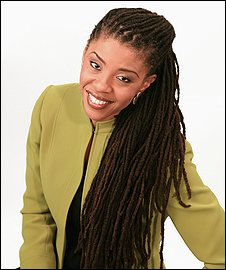 Dr. Avis Jones-DeWeever became the third Executive Director in the history of the National Council of Negro Women and at only 41, also the youngest.

One response to “Claiming Our Power in the Fight Against AIDS”